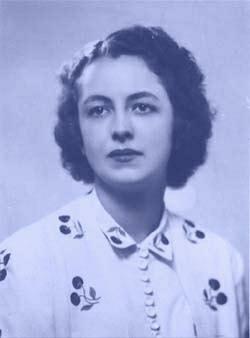 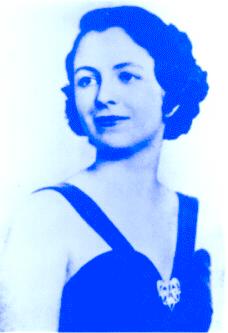 Geraldine Innocente was a Messenger for the Ascended Masters and the Cosmic Hierarchy during the limited dispensation of The Bridge to Freedom Activity. The co-founder of that organization was her mother, Mary Innocente, who Ascended on March 7, 1960, becoming the Ascended Lady Master Dawn. Her father, Gus Innocente, had been previously embodied as the one who helped Jesus to carry His cross. (3)

Mrs. Mary Innocente had a small group affiliated with The "I AM" Activity in the 1940's on Long Island, New York. One night in 1944, while Geraldine was sitting with her mother in front of the fireplace in their home, beloved Ascended Master El Morya came into the room and asked her to make a certain application on a daily basis. One year later, He returned asking if she would consent to receive a series of Discourses from the beloved Lord, the Maha Chohan. She agreed, and underwent years of training in preparation for her role in the 1950's. (3)

Beloved Geraldine officially served in the capacity of Messenger in The Bridge to Freedom Activity from the inaugural Vesta Dictation on July 17, 1951 until the transition from her physical body on June 21, 1961. Geraldine Innocente Ascended within hours of the passing from her physical body, (4)   which resulted from an accidental overdose of medications that she was taking for a health condition. She has Ascended and become One with Her Beloved Mighty I AM Presence in the Victory of the Ascension. She is now an Ascended Lady Master - a part of the Ascended Host of Light. (3) 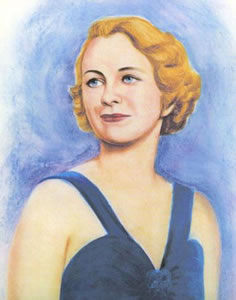