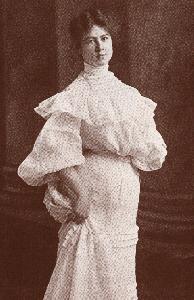 "I stand before you in a youthful Body of Light. I appear to you as I was at the age of sixteen - with perfect sight and hearing, the Gift of Cyclopea and My own I AM Presence. Thus the Glory of God that is upon My Countenance is the Love that I have sent forth to My Creator which He has returned to Me. And thus I AM but a reflector of the Image Most Holy, the mirror of God, selfless. Standing in the place of the Most High God, one cannot retain any vestige of self that is not the Self of God; and this is the test and the meaning of the Ascension.

"You Ascend when your Divine Plan is fulfilled in selflessness. And the synthetic image is dissolved, the Real Image appears, and you discover and you proclaim, 'I AM the Real Self in action evermore!' This is the Ascension in the Light. And before many years or many decades pass, I know that I shall count from among these numbers the numbers of the Heavenly Hosts who gather to celebrate the Victory and the total submergence in the Light and the emergence into the Light of each Son and Daughter of God.

"And so as I arose on that day from the Earth, the very Earth that you now walk and of which your bodies are composed, I rose like an arrow, clothed with Ascension's Fires, as Serapis Bey came to that place to honor that place where the Mother Flame had been enshrined, to establish a Focus of the Ascension Currents for all time. And I arose through the densities, the maya, and the illusion of mankind's consciousness into the air, as My soul took leave of that body temple, higher and higher into the rarified atmosphere of the etheric plane, robed in the Garments of the Holy Spirit and in the Deathless Solar Body which had been woven of My prayers and invocations to the Mother and into the Presence of the Christ and of the I AM.

"Coming into that Forcefield, it was like the locking of My soul into eternal Perfection. And I felt the translation as the shifting of gears from one state of limitation to the state of Limitless Perfection. And thus I AM the living, eternal witness of the fiat of the last trump sounding, of the twinkling of an eye, of the moment when death is swallowed up in Victory.

"And I can truly say to you that although the hours, the days, the weeks and months and years of preparation seemed long, at the moment when God called Me Home, it was in the twinkling of an eye that I was made whole and that I returned to the Wholeness of Being. And I saw and I heard Celestial Choirs singing the keynote which you have graciously played to me this day, 'Calm As the Night.' And I heard the music as from my own abode, from my own mansion, my Causal Body of Light. And I heard it from the Causal Body of my Twin Flame. And I saw, as it were, the heavens filled with smiling faces, with Cherubim and Seraphim, and with many souls who had been healed and uplifted by my prayers.

"And thus so great were the rewards - all in that twinkling of an eye - I could only stand and pour forth gratitude to Serapis Bey, to Mother Mary, to Jesus, to the great Spirit of the eternal Mother and of the great Brotherhood of Lightbearers. Thus will that day come for each one of you who will determine to keep in the way of the Mother of the Flame, in the way of Purity and of the Ascension Spiral. All things are possible if you will with God to make them possible.

"I leave with you the fragrance of the rose of the Ascension from the Temple of Luxor, the white rose of Mary. And I leave with you that floral offering, and I place it in your hands now, each one. Even as the disciples received the gift of the white rose and the white lilies in the tomb of Mary, so I desire when you open the tomb of God's consciousness that you shall behold there the testimony of the victory of one soul, one devotee of the Divine Mother. And in that witness, which was given to Thomas, you may also know that what man has done, man can do. What one soul has accomplished, every soul can accomplish.

"I AM in the I AM Presence of each one of you; and in that Presence, I AM like unto thyself. When I walked the earth, I was no different from any of you in potential. But I took the Law as the affirmation of Victory, and I applied the Law and I practiced it. And with practice, lo, I AM Perfect! With practice, lo, you also can be, and you are, Perfect.

"I AM with you as you strive for the Immaculate Conception of each incoming child and for the healing arts and the spirit of nursing. I AM your Mother on the Path."

Clara Louise Kieninger was born on September 16, 1883 in Junction City, Kansas, and grew up in Topeka, Kansas (as did Beloved Ruth Hawkins). She was in the The "I AM" Activity, and helped organize the youth program at Shasta Springs, California under the auspices of "Mama Ballard", our Beloved Lotus. (1) She served as the secretary in The Bridge to Freedom Activity. She was a Student of the Ascended Masters in the final years of her embodiment in The Summit Lighthouse.

In 1961 Saint Germain anointed her as the first "Mother of the Flame" of the Keepers of the Flame Fraternity. In 1966, when the Mantle of the office of "Mother of the Flame" was passed to the Messenger Elizabeth Clare Prophet, Clara Louise became the Regent Mother of the Flame. She now serves the youth of the world (for whom she had prayed and decreed for hours daily for many years) from the Ascended Master Octave at the Retreat at Luxor and a number of others. (4)