The Great White Brotherhood in the Culture, History and Religion of America 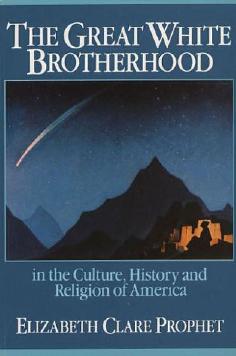 Throughout the ages, there have been men and women in every race and religion that have mastered time and space, transcended the cycles of karma and rebirth, and returned to the Source of all life. By attaining the Goal of Life, the Ascension, these individuals have become Ascended Masters.

The Great White Brotherhood is the body of Ascended Masters guiding this system of worlds. Working with earnest seekers in every field of human endeavor, the Brotherhood is setting forth the progressive revelations of God for the Aquarian cycle and expanding the dimensions of consciousness in all who aspire to self mastery.

Behind the culture, history, and religion of America lies the Spirit of the Great White Brotherhood: for by the unseen hand and the very specific guidance of the Ascended Masters, America was born, her independence was declared, her Constitution was written. America is the land created as a repository of freedom that millions of souls might realize their potential to become one with God. It is the place where freedom of religion, freedom of speech, freedom of the press, and freedom to assemble provide the foundation for the individual pursuit of cosmic consciousness.

Elizabeth Clare Prophet has been an anointed Messenger of the Great White Brotherhood. Through their Dictations and the instruction given by the Messenger, the Ascended Masters lovingly extend their consciousness to those who would follow in their footsteps. "What man has done, man can do!" is their message of inspiration to all who seek the victory of immortal life.

"I have read a number of Elizabeth Clare Prophet's books, not to mention hundreds of other spiritual, metaphysical and 'New Age' tomes. But this must rank among my top ten favourite books on esotericism and the spiritual path. There is SO MUCH in this book that I defy anybody to review it subject-by-subject. The text is actually taken from a summer retreat of several days' duration at Mount Shasta: I only wish I had been there. Wonderfully-worded and profoundly powerful 'dictations' or transmissions from higher beings - from the Great White Brotherhood of the title - are intersperced with deeply intriguing and highly practical transcribed lectures by the author on a bewildering array of mystical topics. The astounding story of how George Washington and the Founding Fathers have been documented to have been divinely guided in creating the United States; the relationship and organization between the three kingdoms of divine life: of angels, elementals and humanity; a totally new approach to astrology; - all this is here, and that's just the start of it. Come to think of it, whenever I pick up this book, I really do feel as though I am at the foot of Mount Shasta, bathed in its spiritual Light, after all. In my opinion, this will always be an absolute classic book on the spiritual hierarchy of this world and of Their work in uplifting all peoples.