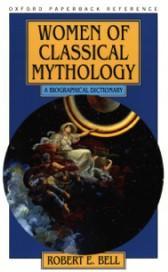 The more than 2,600 entries identify and relate the stories of female characters of Greek and Roman myth. These brief biographies establish the women in a context which includes their more familiar male counterparts. Entries which describe the women's contributions, trials, adventures, and tragedies are arranged alphabetically and vary in length from one sentence to several pages. A special index of males mentioned facilitates location of female figures who are both familiar and obscure.

This fascinating book is the first and only comprehensive biographical dictionary devoted to mythological women. It offers unprecedented access to information on women largely neglected in reference works on Greek and Roman myth, as well as a fresh look at the better-known figures. The 2,600 lively, engagingly written entries are arranged alphabetically, and are completely cross-referenced for easy access. Each entry places its subject both in the overall context of classical myth, and in the frame of reference of her better-known counterparts. For each figure there is a description of her particular contribution to folklore, and a list of the various poems, tragedies, epics, and other types of stories in which she plays a central role. In addition, the handy special index "The Men in Their Lives" makes it simple to locate a particular woman known primarily through relations, for instance, Theseus' mother, or Achilles' wife.

Heroines, lovers, wives - the Women of Classical Mythology offers a unique and rich guide to an aspect of ancient literature often overlooked.

"Bell editorializes with a light pen or humorous turn of phrase. . . . The more obscure names included here that aren't found in standard dictionaries of mythology make it especially helpful."

"An impressive array of information . . . . Fills a major gap in the reference literature of classical mythology."

Robert E. Bell recently retired as Coordinator of Humanities Collection Development at the Shields Library of the University of California, Davis. He is also author of Dictionary of Classical Mythology: Symbols, Attributes and Associations, and Place Names in Classical Mythology: Greece.