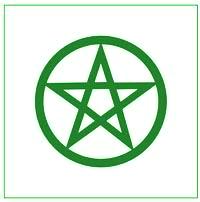 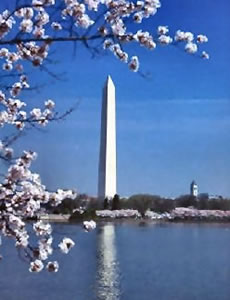 " . . . There has been held a beautiful and wonderful session at Chanandas retreat in India and a decision was made on the part of beloved Paul the Venetian whereby there was transferred from his retreat in France this day, at the hour of eleven oclock your time, the full pulsation of the great Liberty Flame. This flame was permanently placed within the forcefield of the Washington Monument; and the pulsations of the Liberty Flame are intended to grace the heart of America as a gift from the Brotherhood and from the heart of beloved Paul the Venetian . . . . "

" . . . It is given as a treasure from the heart of France, from the spiritual government of France to the spiritual government of America . . . The Liberty Flame is a Gift of greater magnitude than the former gift of France, the Statue of Liberty, as a tribute to that Great Being, the Goddess of Liberty. It is incomparable, for the flame itself shall penetrate the structure of the monument, rising high into the atmosphere above it; and all who visit there shall become, even without knowing it, infused by the pulsations of the Liberty Flame within the heart of America. . . . . "

"I AM one of Heaven's Gentlemen, one of Saint Germain's dearest and best friends who have long served the cause of Freedom. My service, as many of you may know, concerns the gathering of such secret intelligence information and data as vitally affects the mankind of Earth today, and relaying that information to the Karmic Board and the various councils of the Great White Brotherhood specifically concerned. You see, that which is done in secret among mankind, much of which has a destructive contemplated action, would become almost a world disaster if it remained unchecked, which is why it is done in secret in the first place!

"Now, one of my duties is to gather pertinent information for the Council of Peace of the Great White Brotherhood (we have no war department, but we do have a peace activity). Whenever possible by cosmic law we prevent discord and destructiveness from taking any toll whatsoever on humanity. When that cannot be, we then seek to mitigate the unleashed forces of destruction and thus ease human misery in every way possible. . . "

". . . When capitalism is unjust it is the surest way to play into the hands of the Communistsfor more and more the so-called undeveloped and underprivileged of the world are coming to the knowledge that they have a right to expect and receive justice. When they are exploited and it is known, swift reaction follows. The power of freedom, so magnificent at inner levels or wherever truly expressing, when acting in unillumined men, does sometimes function by reason of misqualification and ignorance as a force for temporary liberationwhere in many cases men merely exchange one master for another and human tyranny still remains to rule. Your Thomas Jefferson, Washington's good friend, said, 'I have sworn on the altar of Almighty God, eternal hostility to every form of tyranny over the mind of man!' . . . "