Retreat of the Elohim of the Fourth Ray 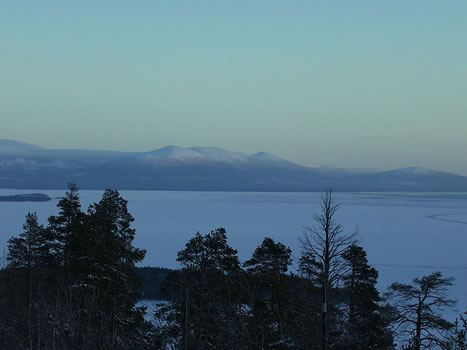 Purity and Astrea are the Elohim of of the Fifth Ray of God's Purity and Divine Harmony. Their Retreat is located in the etheric plane over the Gulf of Archangel, the southeast arm of the White Sea, Russia. This etheric Elohim Retreat interpenetrates with the lower levels of the physical octave on the nearby plains. The White Flame in Their Retreat radiates immense waves of Gods Purity and Harmony to the entire Earth, functioning as a Sacred Energy Center — the Base of the Spine Chakra of the planet. In every Retreat of the Elohim, there is a Focus of the Sacred Fire that is maintained at all times.

One enters the Retreat of the Elohim of Purity and Astrea through a large white pyramid structure above ground. Three spires rise through this pyramid and above it. The center spire extends through the capstone of the pyramid and is yellow in color. The smaller spires on either side are pink and blue. These focus the three aspects of the Threefold Flame of Wisdom (Yellow), Love (Pink) and Power (Blue). At the far end of a triangular-shaped room, one can see three large Flame Fountains of Purity against the background of midnight-blue walls. In the center of this room is a main staircase that descends into a large complex, containing myriad classrooms, Flame Rooms and a central Hall.

Immediately upon descending the stairs, we see a large Hall with another self-sustaining Fountain of Cosmic Purity — blazing as bright as the sun. By going around this Flame Fountain, one can descend another flight of stairs into the Hall of the Elohim. At the far end, positioned upon a series of ascending circular platforms, is the throne of Purity and Astrea. The domed ceiling is a clear midnight blue intermingled with deep violet patterns, while the floor is snow-white stone. Four pillars form a square within the Temple, and two more pillars are on the stairs.

Throughout the Hall are placed — in geometric patterns — stone tables and benches in the same white material. The white stone is used throughout the Temple, tinted with the colors of the Seven Rays. Six flights of stairs, three on either side of this great round Hall, lead to other Flame Rooms and classrooms. One room, emiting an intense Sapphire Blue Radiance, has suspended in midair a whirling Focus of Astrea's Circle of Blue Flame, with the Blue-Flame Sword, in the center of a Pillar of Fire. The Flame that forms the Circle is moving in such an intense velocity that it appears as if it is not moving at all. However from the sparks of Blue Fire that are thrown off through the centripetal and centrifugal action of the whirling Fire, the Circle of Blue Flame can be deduced to be moving at great speed and with enough concentrated Power of the Will of God to cut through the most dense misqualified energy of human creation.

Students of the Ascended Masters are invited to come to this Retreat to learn the use of the Circle and Sword of Blue Flame. Thus they will be more adept at cutting themselves and their loved ones free of all manners of limitations and blockages to their spiritual progress towards God's Perfection!