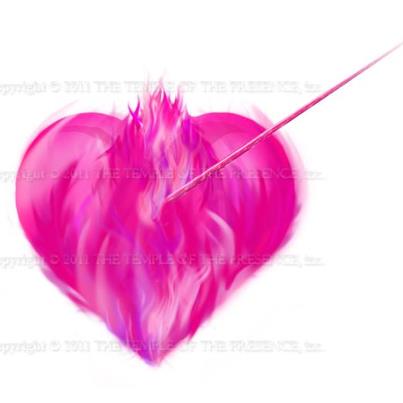 Copyright © The Temple of The Presence®

Elohim of the Third Secret Ray 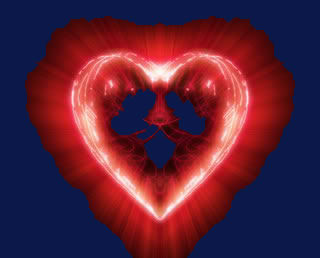 "I AM the Elohim Kronos. I come in the Ruby Fire of the Heart, for that is the Life Force of God that courses through you allowing the coalescing of your own Heart Flame in Love to serve God in Life. You have heard much of this Great Pranic Breaths and the Outpouring of God. I know what it takes for you to assimilate even the beginning instruction to acquaint your consciousness with this Glorious Body that you wear. When you can hear the Heart Beat of God, always resounding, pulsing the God Love into the entirety of the universe and beyond, you know My Flame.

"Your own heart beat is symbolized in the world of form to represent that same pulse, rhythmic outpouring, constantly giving, serving, moving, reaching out unconditionally, so that as it moves in whatever space is allowed, the receptive heart of the Christic Fire can appropriate it, calling it into form. And fashioning it into the fullness of the Ruby Fire, that turns the Chalice of ones Being into a Ruby Chalice, holding fast to the Consciousness of God, that will then allow the Sword of Truth as the Ruby Fire goes forth to pierce through the unreality, to move into action into all manner of desecration. And likewise to mount up a fiery chalice in your own world that will on the instant consume any unreality that might present itself to your doorstep, cross your mind or try to affect your emotional body.

"That Ruby Fire, Blessed Hearts comes because you love God more than you love your outer self. You love God more than all that you have thought you would become. For that is the example of sacrifice: when you give of yourself more than you thought you were capable until there is nothing left but God. And your chalice is scintillating, vibrating and moving with the heart beat of God, always in the right place, at the right cycle of time.  Just as the planets have their orbit around the sun, your chalice as these outer vehicles you wear orbits around the Sun of your own God Presence and you are in a constant state of responsibility to that Commanding Presence. And since you have not become stagnant or stopped the movement of the Heartbeat of God within you own being, you are ready at any moment to be the fullness of the compassionate heart, of service and sacrifice that your Presence knew that you would be when sending you forth to become the Christ in the world of form, establishing the talents as issued forth from the identity your own God Presence, increment by increment, lifetime after lifetime. So that you would have the fullness of the Causal Body momentum established to radiate through this Christ Body that you would wear and serve God in life. Serve your own Mighty I AM Presence. Be responsive to the slightest nuance. All the while understanding that it is not for the outer ego, the human pride or for the love of ones outer self that you do what you are called upon to perform.

"No, Blessed Hearts, it is because you love your Presence and the Allness of God, more than anything, more than the outer life and limb. And there have been those embodiments when you have sacrificed your very life for the truth of the Law, giving of yourself to stand for God, and to make the change that was required. But you are called for another battle in this lifetime. And that is the battle of wielding the Sword of the Ruby Ray, so that you can be not only the Chalice of the Ruby Fire but you can call forth by the Command of the Christ that you are, the Ruby Fire. And send it raining down as the Needle Ray of the Ruby Fire directed into all of the areas that require change, transmutation, requalifying into the Light of God.  And you will discover, Blessed Hearts, that as you release the Ruby Fire, right on its heels is the Emerald Ray, establishing the Christic Divine Blue Print that was intended for that life, that the Ruby Fire has touched.

"And in the Core of the Emerald Ray is the White Light of Purity, releasing that Core Being of the God quality into perfection. So you see, Blessed Hearts it is not merely one Flame that you are invoking when you call forth the Ruby Fire. But it is the Ruby Fire that would clear the way for all other Flames of God to perform their perfect work. . . . "

Kronos, April 12, 2009   More information The Names and Service of the Five Elohim of the Secret Rays were publicly announced by Monroe Julius Shearer, Anointed Representative® of the Ascended Masters, on April 9, 2009 at the Easter 2009 Conclave in Tucson, Arizona, The Cosmic Christ Command of Love, in a Discourse entitled "The Actions of the Elohim of the Pranic Breaths"