In Addition to the Major Ascended Master Activities . . . 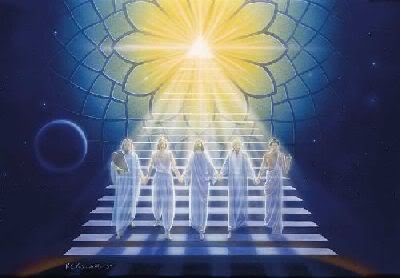 There are a number of authors who I believe have endeavored to assist the Brotherhood of Light, or one or more Ascended Masters, in addition to the major organizations in the lineage we know about. Those main organizations are well-summarised in Allen Buresz' article: "A History of Ascended Master Activities"

To quickly go over what is just my personal view on this, it's easy to get side-tracked and obviously the major organizations, beginning with Theosophy, and as detailed by Allen, are those to focus on. This is just a brief personal view and I don't claim infallibility. But certainly the Masters have worked in some manner or another through others. These were usually not Messengers, but there's little to limit an Ascended Master from working through an able individual in a smaller capacity. Decades ago, Morya commented something along the lines that many a Christian preacher would be most upset if he saw the turbaned and Indian figure who was actually inspiring the words of his sermon!

Looking hither and yon for mouthpieces of the Masters can be treacherous, however. There are a number of claimants towards Messengership even today. This becomes ironic when three or more different Thought Forms of the Year for our world are all released at once. . .

And of course, psychics who claim to "channel" the Masters are too innumerable to count. I've known an individual to switch from calling herself a medium, because "channeler" was more up-to-date and lucrative, then finally (when hearing of the term) calling herself a "messenger" as well! Morya warns against such false "messengers" in chapter 16 of "The Chela and The Path" (pub. 1975, and in book form 1976) - "Others whom we would call unappointed, or self-appointed, messengers have come forth to blatently usurp [the ministry of genuine Messengers]... and their office in hierarchy." In that same chapter, on April 20, 1975, in addition to the main organizations Allen Buresz lists, Morya also mentions as genuine organizations overshadowed by the Masters: Agni Yoga, of course, through the Messengers Helena and Nicholas Roerich - and also Mary Baker Eddy and her "Science and Health with Key to the Scriptures" (Christian Science), though, as M says, "though often beset with [her] preconceptions".

We can also certainly note that genuine Messengers sometimes began a form of authentic ministry before the later organizations were even formed. The I AM Activity began with its books of the 1930s, but to record certain facts for posterity, on 26 December, 1970, the Ballards' son, Donald, gave a public talk in which he shared his memories of messages just to the family (including a lady they regarded as an aunt), from Morya and Kuthumi, through Guy Ballard, from as early as about 1924 - and that Saint Germain first started speaking before the Dictations in Volumes 3 & 4, from around 1926.

The Maha Chohan began releasing weekly Discourses through Geraldine Innocente from about 1945, and before The Bridge To Freedom.

Not forgetting that though The Summit Lighthouse was formed through Mark L. Prophet in 1958, Mark had been regularly releasing the printed "Ashram Notes" from El Morya simultaneously to the existence of the Bridge. These were collected and published in book form by Summit University Press in 1990. They date from 1952 to 1958.

In "The Chela and The Path", Morya alludes to Alice Bailey and "A number of others who were selected to perform [as Messengers, who] failed in their initiations through the pride of the intellect and their unwillingness to submit identity totally into the flame." Yet in her Autobiography, Alice Bailey tells how Kuthumi walked physically into her room and told her that the Master Djwal Kul would write through her. Her subsequent output became most prolific and seemed to lack heart or purpose, being increasingly intellectual. And in the series, An Expose Of False Teachings through Elizabeth Clare Prophet in 1976, Kuthumi confirmed that the Alice Bailey books, supposedly by The Tibetan Master or Djwal Kul,  were just the output of the "human intellect". But was this insertion of the unconscious human ego from the very beginning? I often feel that the very first book seems genuine, clearer than those following after, and perhaps (I only suggest it) before she went astray - "Initiations, Human and Solar".

Theosophical leaders in the post-Blavatsky years, Annie Besant and Charles Leadbeater long held it in their hearts that the "K Project", or the young Krishnamurti, would grow up from boyhood to speak for at least one Master, Lord Maitreya. The annals of Theosophy teasingly attest that on just a couple of occasions, in front of thousands, as he talked, Krishnamurti's words and voice took on a whole new level, and the large audience sat in awe. The implication from accounts of the time are clearly that Maitreya had begun to speak through the young man. But suddenly afterwards, Krishnamurti rejected the whole Path and repudiated even his past training.

We each must decide for ourselves, but I've always thought that a book from 1932 through Theosophist David Anrias (a pseudonym for an Englishman who lived in India), "Through The Eyes of The Masters", is a genuine collection of messages from the Chohans of the time, lacking then anybody else to write through to Their Theosophical followers. Anrias was also an artist, and captured at times what he thought were the genuine appearances of the Masters, or at other times what he was permitted to (e.g. Hilarion, but as he was in his life as St. Paul, and Serapis Bey in a seraphic form rather than as He actually is).   For more information, see "Through the Eyes of the Masters" Meditations and Portraits by David Anrias 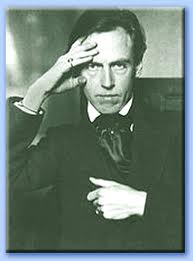 Engish composer Cyril Scott claimed to have been instructed by Kuthumi to write a book on the power of music to change society and individual psychology for better or worse, and this was certainly a useful book of its time: The Influence of Music on History and Morals (1933), updated in 1958 as Music, Its Secret Influence Throughout The Ages. What wasn't known until recent decades, when his name was finally put to the books, is that Scott also wrote a trilogy of books, "The Initiate", "The Initiate In The Dark Cycle", and "The Initiate In The New World". These are claimed to be true accounts (with names altered) of an English Arhat or Initiate of the Masters. We each must decide on that, but these books have always had the ring of truth and of purity to myself. They were originally released anonymously "by his pupil" - Scott. It is hard to assess whether the three Initiate books are completely accurate accounts. This English Initiate, whose body little aged, and who also took Scott to meet an actual Master who was also English (the English Master) eventually formed a small, discreet but relatively open group of followers in the USA, but nobody else has ever come forward as having been part of that group. The books are of a pure vibration and most interesting, all the same. As Scott gradually became known to be the actual author, he tried to distract attention from himself, saying they were the accounts of events given to him by a poet-friend; but most who know of Cyril Scotts life believe that if these books are genuine accounts, then they happened to Scott himself  hes the pupil.

In a list such as this, different people would probably have different opinions on who to include. It is not my intention to be exhaustive, just to give an indication that there are others used by the Masters in addition to the main organizations. I have not myself read all his books, but a great purity is also found in the books of the spiritual master, Omraam Mikhaël Aïvanhov (1900-1986). A native of Bulgaria, in 1937 he travelled to France, and it was here that he gave the main body of his Teaching. In more than 5,000 talks he explored the spiritual aspects of human nature in a personal, familial, social or planetary context, and his talks were turned into books. A number of my friends find his books to be most pure. I include him here because, though he began always saying that he was just another seeker on the Path, not a Teacher, in 1959 he travelled to India, and there met Mahavatar Babaji whom Yogananda described as the guide of prophets and Masters. There, he was given the name Omraam, and thereafter did accept to be called Master by his followers. 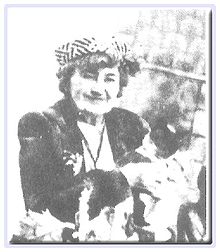 In researching for my book on music, I soon came across the late author, Corinne Heline (1872-1975) as well, who wrote inspirationally on the subject of music, the inner meaning of the Old and New Testaments, the life of Mary, the language of flowers, and other subjects in thirty books. She seems to have had a contact with Mother Mary, which seems attested to by the fact that Mark and Elizabeth Prophet met and befriended her. In 1974, in a series of twelve Sunday Sermons, Elizabeth Clare Prophet followed the pattern of a Corinne Heline book by talking about the great classical composers, in a certain way and order. 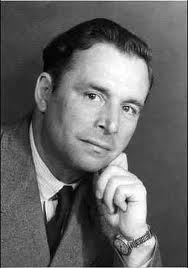 The wonderful Theosophical author of a very great number of key books, and lecturer, Geoffrey Hodson, who produced such marvellous works as "The Kingdom of The Gods" (1952) was apparently in daily contact with many Masters - names we all know and some we don't. He wrote down Their messages, which tended to be just personal to him, in his diary, and never allowed the public to know that he had such a contact. Only upon his passing in the 1980s did his wife release all these messages, in book form - "Light Of The Sanctuary" (1988). Its a hallmark of a genuine disciple that he shunned personal attention and kept these contacts with the Masters and Archangels to himself while he lived.

I'll conclude by just saying again that the above is a personal view. I don't mean it as support in any way for the present-day concept of there being "many Messengers", which I disagree with as a misconception of what a Messenger and their role actually is. My purpose is simply to recount that there certainly are secondary outlets for the Masters - not Messengers as such, and not claiming to be. Without getting too side-tracked in the use of our time, many students of the Masters have found books such as those by the authors mentioned above to be an interesting and worthy supplement to their Path.

David Tame lives in England and is the author of The Secret Power of Music (Destiny Books, USA, 1984), Beethoven and The Spiritual Path (Quest, USA, 1994) and Real Fairies (Capall Bann, UK, 1999). He first discovered the stream of Ascended Master Teachings while in India in 1975, and in 1981 became co-founder of the English registered charity, The Summit Lighthouse (UK). He is presently associated with The Temple of The Presence. David welcomes correspondence, which should be directed to him through the webmaster of this site.